Vigezzo Valley local ham is characterized by its ancient processing method which originally took place also in the Municipality of Trontano, at the mouth of the Valley.
After a period of forty days during which it gets pickled, the pig leg gets smoked with juniper, a very scented and balsamic shrub. During this very important passage, the meat absorbs the aromatic substances sent out by the combustion of the plant.
After a first maturation period, a second smoking takes place. At his point, the aroma of the juniper has been definitively absorbed by the meat which, after a maturation process characterized by the cool mountain air, becomes the Vigezzo Valley Local Ham. 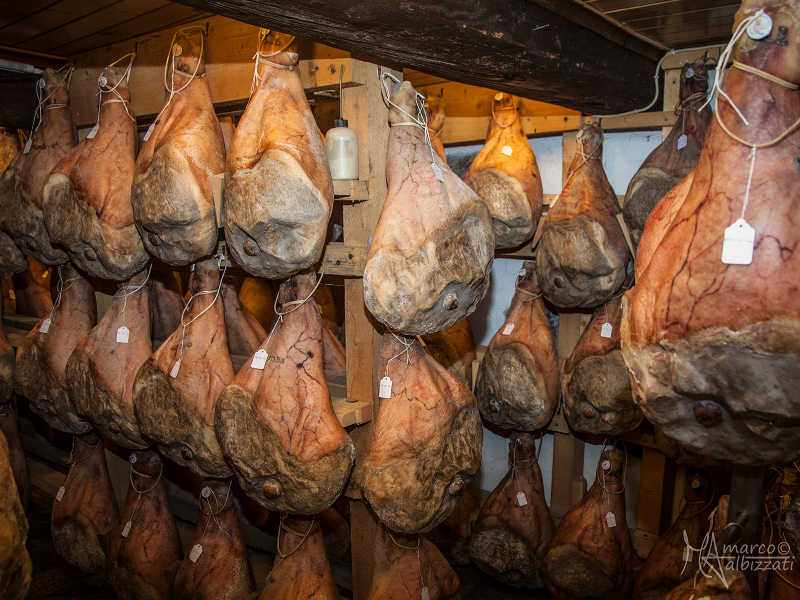