If when you think of a mortadella what comes to mind is a classic pink cooked sausage cut in large slices (the so-called "Bologna", in other words) then you are wrong. Val d'Ossola's mortadella is something else entirely. This delicious sausage, traditional of the Ossola valley, is actually a salami. The misconception probably comes from ancient times, when butchers used a mortar (from which comes the name mortadella) to cut the pork.

Today this delicious salami is still produced in small quantities by a handful of artisans, with raw pork meat to which is added a small percentage of liver (5% at most, though the Val Vigezzo area also offers a variant with a double amount of liver, more appreciated by local consumers) and in some cases warm wine flavoured with spices, sort of like a mulled wine. All this is packed into pork entrails, after which the meat is left to mature for about two months. Val d'Ossola's mortadella can be twisted like a doughnut or straight. It was once called "madonna" and is now known in dialect as mortadelun. It should be eaten sliced with black bread produced in the area or, when it's still fresh, boiled and eaten with potatoes or polenta. 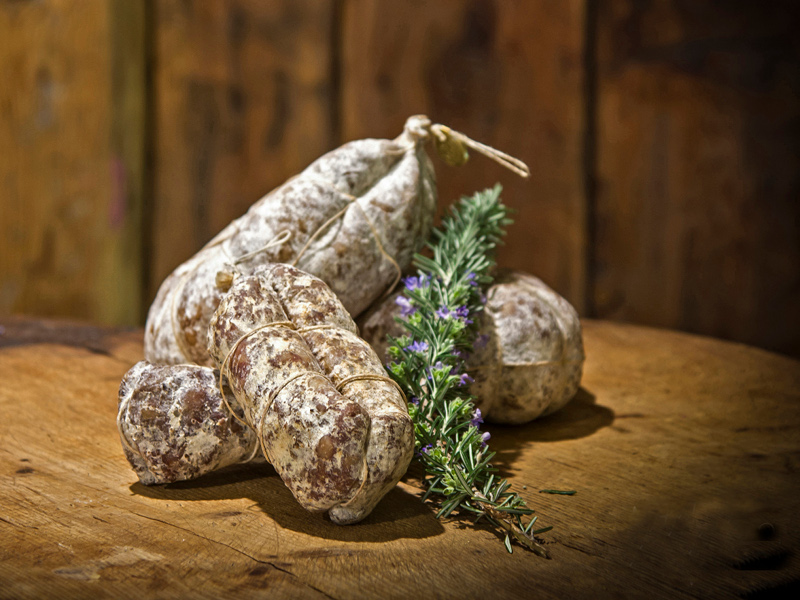