The richness of the vegetation and the variety of blooms, thanks to the thermal influence of Lake Maggiore, constitute one of the Park’s major attractions.

In the lower Val Grande, mixed broadleaf forests predominate with a prevalence of chestnut trees. The beech is, on the other hand, the most widespread arboreal species of the upper Val Grande, mostly on the humid and less sunny slopes, but also on the southern ones, as a result of the high rainfall of this area.

Some monumental beech trees have withstood an enormous avalanche that took place in the mid-1980s at the Boschelli Alp, while others could be seen in Val Pogallo, near Pian di Boit and Busarasca Alp.

The coniferous forests, whose main species are spruce and white fir, are added to beechwoods, albeit limited by extension. The larch is scarce, due to the climate and the cuts made in the past centuries. The gorges are among the most significant environments, of priority interest at European level, and are colonized by badgers, alders, limes and maples.

Going up in altitude, the wood is replaced by shrubs. In the north-facing and more humid slopes predominate the alnets, consisting of the green alder, and a rich underground with ferns and mosses. The rhododendron and the blueberry settle at generally higher altitudes, along the ridges or rocky outcrops and on the sunny slopes.

Higher up the mountain pastures and the rocky vegetation environment dominate. The rarest and most interesting botanical species are certainly the Alpine columbine, the mountain arnica, the great yellow gentian and the perforate bellflower. Near the wetlands near the Scaredi Alp, you could observe the Alpine tulip and the white blooms of the cotton grass. 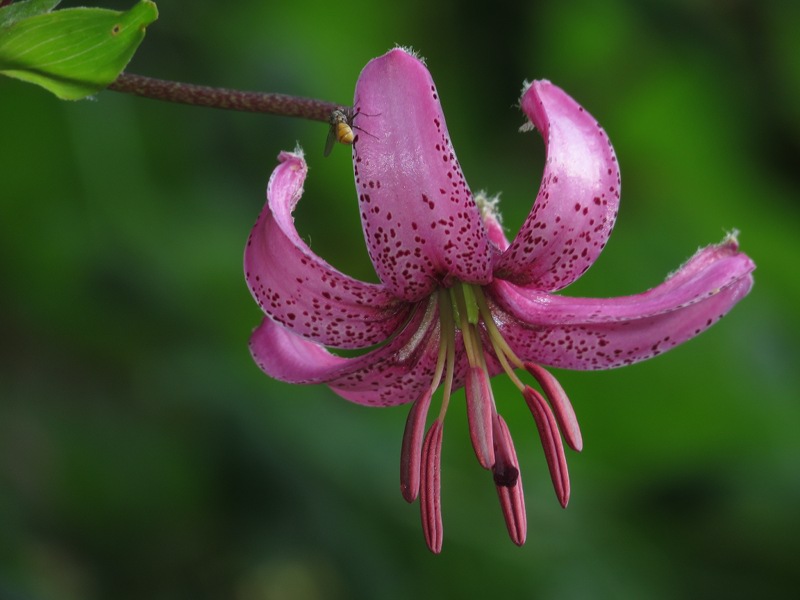