The Valesia and Val Grande Geopark

The Sesia Val Grande geopark is located in north-western Piedmont, in an area that extends from Lake Maggiore to the border with Switzerland, up to Mount Rosa on the border with Val d'Aosta, crossing the entire territory of the Val Grande National Park. Here the scientific relevance of the geological aspect merges with the influence that the geological matrix has always had, and continues to have, on the culture. The geological importance of this area is linked to the Alps formation process, which has deformed the earth’s crust so as to bring out its deepest parts: here there is one of the most spectacular sections of the earth's crust, where it is even possible to see the feeding system of a fossil super volcano, from the surface caldera rocks up to 25 km deep.

All the features of the territory are deeply linked to its geology: the extraordinary presence of different types of rocks, the diversity of the landscape, its great altitudinal excursion imply many different ecological conditions, determining the presence of many different environments, with a great variety of living forms.

The extraordinary environmental diversity has inevitably influenced also the life of man: the development of culture and traditions is closely linked to the territory, starting from the Palaeolithic to the present day, including also the great example of a close connection between man and the environment, constituted by the Walser population. Further evidence of the geopark naturalistic and cultural importance is the presence of numerous protected natural areas and of three Sacred Mountains: Varallo, Domodossola and Ghiffa, UNESCO World Heritage Sites.

The Sesia Valgrande geopark was recognized by UNESCO on 5th September 2013: from November 17th, 2015, it could be considered as part of "UNESCO Global Geoparks", the new priority programme like the World Heritage Sites, the Intangible Cultural Heritage List and the Man and the Biosphere Programme, ratified during the 38th UNESCO General Conference by the 195 Member States. 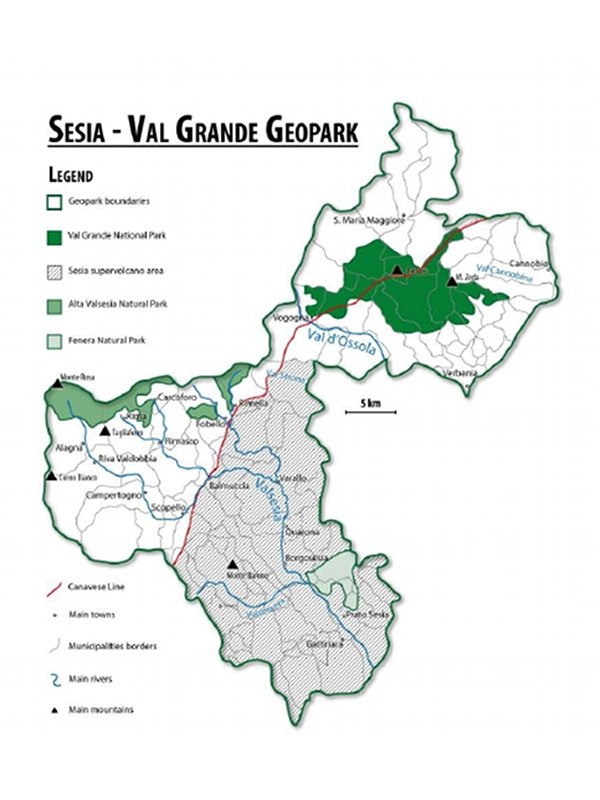