The myth of the Park Women

It was February 8th 2004 and at the Hotel "Villa Carlotta" in Belgirate, the ten years of the Park were celebrated with an international conference on "Wilderness and Globalization". The vast hall, with a large audience, was made particularly welcoming by the presence of many Women who wore the costumes of the Tradition. They were the Women of the Val Grande National Park. A group of them used to spin the wool with the ancient working tools: the “scardasso” and the “filarello”. They seemed to come from a nineteenth-century print and gave the meeting the good taste of the past and the intimacy of the house. The Undersecretary of the Environment Roberto Tortoli was present at the conference, and he had the idea of the myth. In his final report at the conference, he said: «I consider it a necessity for the enhancement of the Parks to find a specificity to be mythologized. The Val Grande National Park has a unique peculiarity: that of being wild which is a characteristic to be defended, made known and valued as tourism of nature and also as a rediscovery of ourselves. Therefore, the Val Grande has the characteristic of being wild as a myth. But in Val Grande a myth already exists, and it is that of the Women of the Park who give the Wilderness area a "human connotation", fundamental for the management of a protected area. We observe that the first phase of the Parks’ life has seen a difficult relationship between man and nature, a position of distrust by local populations, but in Val Grande, women have overcome this problem with their history, their culture, their clothes, their products and their crafts, demonstrating how, even in a wild park, "Man and Nature" can co-exist in a useful way and for the well-being of all».

How the group was born

The emotional involvement of the Women of the Valley Municipalities was clear from the beginning of the Park Authority activity. Actually, many of them participated, since then, in the awarding of the schools that had adhered to the competition, announced in 1995 to identify the "logo of the Park", which took place at the Auditorium of the Collegio "Santa Maria" in Pallanza. On that occasion, the traditional costumes of the individual Valley Municipalities were presented: the Municipalities of Verbano, Ossola and Val Vigezzo. But the real birth of the Group took place on 4 October 1998, when the Park was dedicated to the Madonna del Sangue, venerated in the Sanctuary di Re in Vigezzo. Over 140 women came to the Sanctuary from the Valley Municipalities, together with their families. The ceremony, officiated by the Bishop, acquired the value of a convinced adhesion of the local communities to the idea of the Park and to what the Park represented to keep alive the values of tradition. A tradition closely linked to Alpine civilization and its religiosity. The devotion to the Madonna del Sangue dates back to April 29, 1494, when an image of the Madonna del Latte, painted under the portico of the Re parish church, was struck, at the forehead, by a stone, the “piodella”, thrown in a moment of anger by a man. Blood gushed from Mary’s forehead. And it was a miracle. Since then, the mountaineers dedicated small votive chapels to the Madonna di Re, along their daily paths. Since 1998, “The Women of the Park” have actively participated in initiatives aimed at enhancing the protected area and have felt as an integral part of the Park.

They also deserve the credit for having rediscovered the ancient recipes of the Alpine cuisine, in an itinerary of flavors and culture handed down from generation to generation above all by women, custodians of this land during long centuries characterized by the seasonal emigration of men in search of work in richer areas. A search for typical dishes that resulted in the food and wine review "I Sentieri del Gusto", organized by the Park Authority since 2001: a sort of greedy journey through the paths of the Val Grande, to discover the most authentic gastronomic tradition of this land from the splendid panoramas that space between Lake Maggiore and Mount Rosa. The Women of the Park follow the gastronomic appointments from the first edition, animating the exhibition culturally, not as a simple "coloured" element, but as a sincere testimony of the love for their land.

They have kept intact the values of the Alpine civilization and it is undoubted that their spontaneity is an essential element for the strategy of welcoming.

The Park Women engage in the study of traditional clothing and in the recovery of ancient legends and mountain recipes.

Some of the Park Women’s research activities have been collected and published. Among these, we point out: 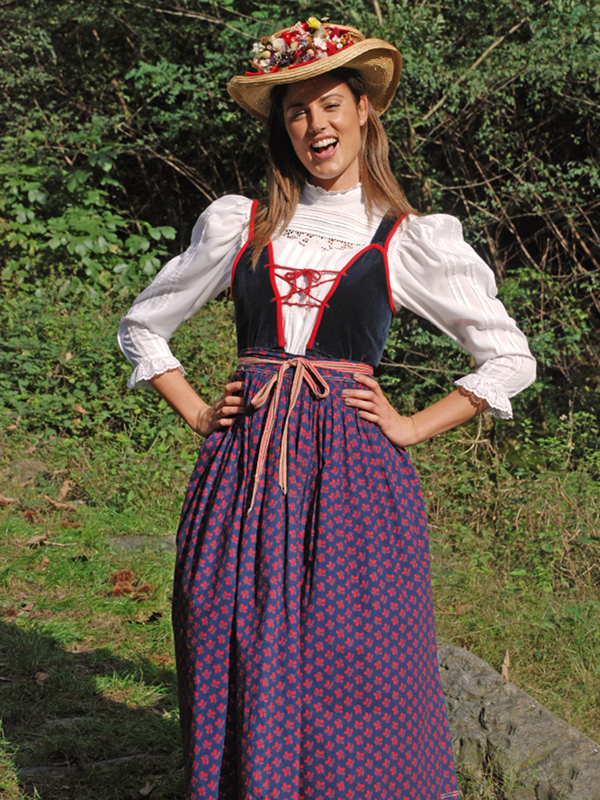 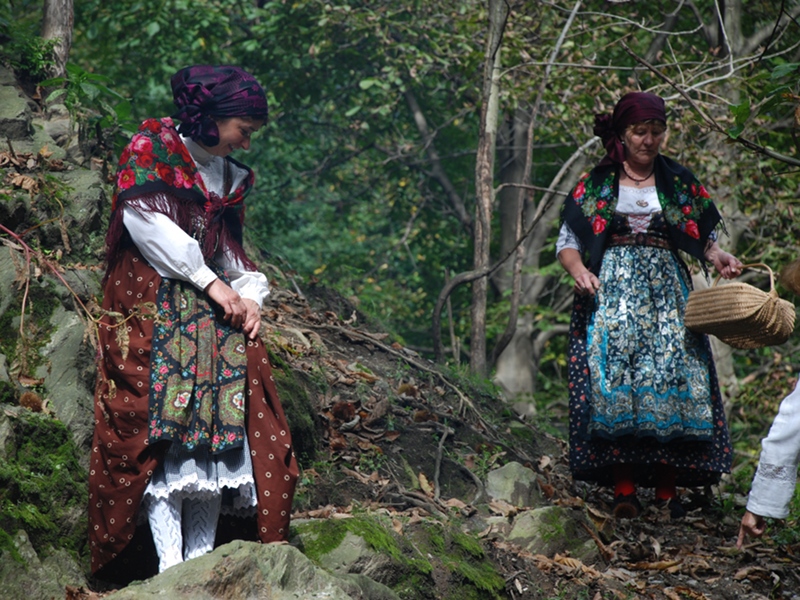 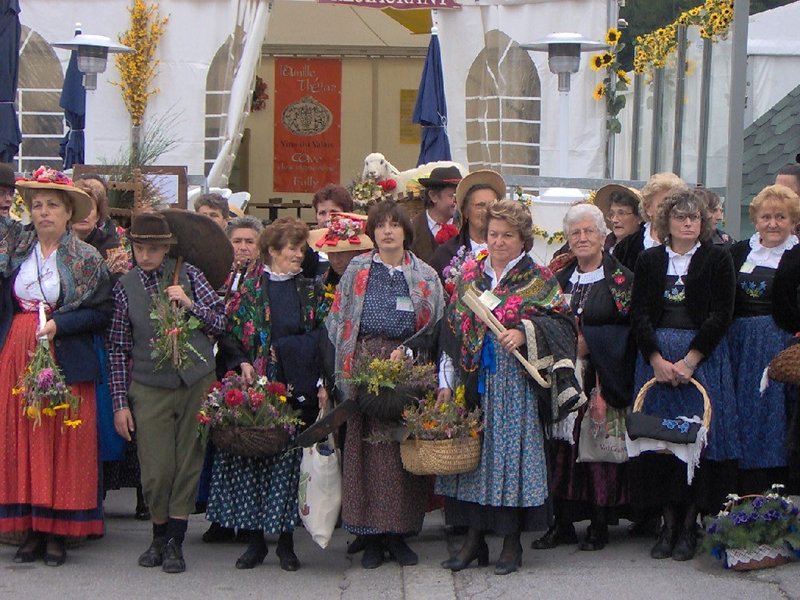 The women of the Park
(photo by: Archivio Parco Nazionale Val Grande) 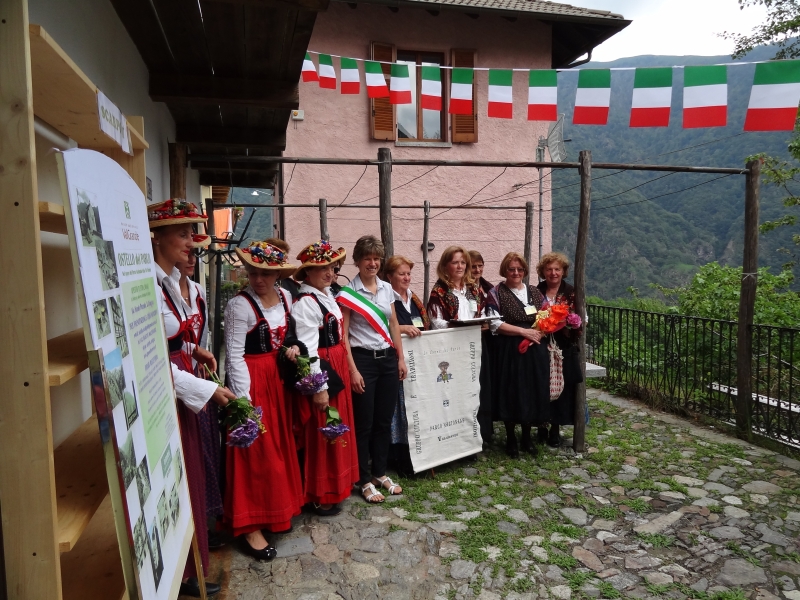