Official delivery of the Charter

On Wednesday 6 November 2013, the official certification was delivered at the European Parliament in Brussels.

For the Val Grande, the President of the Park Pierleonardo Zaccheo and the manager of the Nature Promotion and Conservation Office, Cristina Movalli, were present, while the protected areas of the Ossola were represented by the President Graziano Uttini and the councilor Germano Panziera.

The ceremony was preceded by a day of in-depth discussions on the topic, promoted by Europarc - which also celebrated its 40 years of activity - at the Representation of the Marche Region in Brussels. An important opportunity to meet delegates from numerous European parks, from Finland and Ireland to France, Spain and Portugal, who, through the European Charter for Sustainable Tourism, are looking for a common language to promote these tourist destinations with the peculiarities of each one excellence. Italy has distinguished itself with 8 protected areas that have obtained their first certification and 1 that has renewed its commitment to sustainable tourism. This shows that the territory, together with those who manage protected areas, wants to reply responsibly to a market that has recorded considerable numbers in recent years: around 150 million tourists annually visit the parks of our country.

The Presidents, in withdrawing this important European recognition, declare that "this certification identifies above all a new working method that directs our protected areas to work in full harmony with the surrounding realities, in order to obtain results aimed at rewarding operators and satisfying tourists ".

To relaunch the strategies of the ECST, the two management bodies have planned for the next November 22, within the UNESCO Week of Education for Sustainable Development, a joint civic Forum in which all the subjects will participate (tour operators, cultural associations, environmentalists and recreational activities, guides) that have signed, together with the parks, the Action Plan approved by the Europarc Federation. 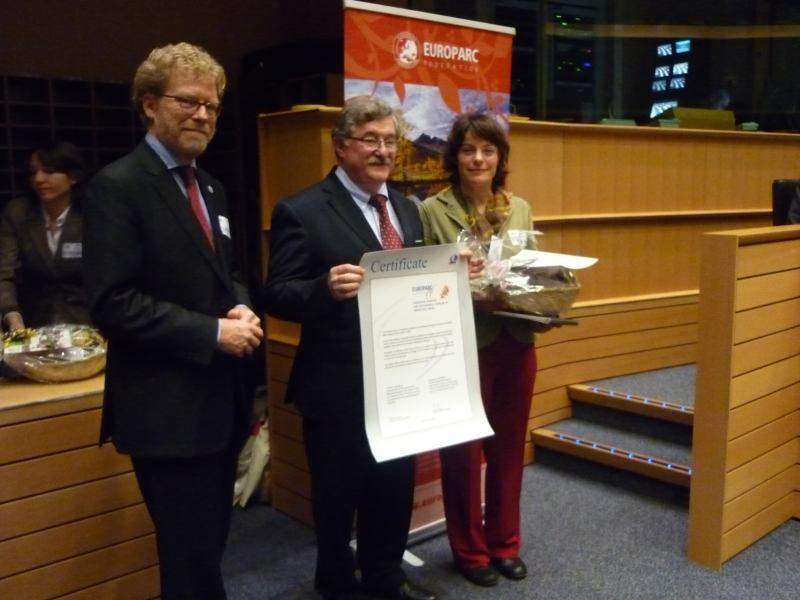