Giacomo Bove, born in Maranzana on April 23, 1852, was one of the most important Italian navigators and explorers of the nineteenth century. A name almost completely forgotten, yet a glacier, a mountain and a river in Patagonia bear its name, as well as a cape on Dickson Island beyond the Arctic circle and also the Italian scientific base in the Antarctic.

On July 31, 1880, on the occasion of an explorer's visit to Intra, the CAI section collected 1,037.47 liras to finance a future expedition to the Antarctic, but nothing came of it. Bove killed himself on 9 August 1887 in Verona.
The CAI decided to use the sum collected to create a memorial that would perpetuate his memory. Among the many ideas, the best was the creation of a path on the high ridges that surround the valleys next to Lake Maggiore. The CAI entrusted the work to the mountain guide Antonio Garoni of Intragna; in 1891 the first part of the route, between Monte Zeda and Bocchetta di Terza, was finished. The following year, Garoni extended the track to the Bocchetta di Scaredi. The path, in addition to being the first iron path in the Italian Alps, was also the first stage route ever conceived: the monument to Bove is the oldest Alta Via delle Alpi.
With the passage of time the memory of Giacomo Bove disappeared while the fame of the path dedicated to him grew from year to year. After the Second World War, however, the decline came: the Bove path was considered too difficult for simple hikers and too easy for new climbers.
In 1977 a Cai Verbano-Intra mountaineer began a painstaking job of rediscovering and recovering Bove with the help, in 1978, of the rock climber Gualtiero Rognoni. The two inspect the side of the mountain reaching the Bocchetta di Terza, but they knew that the ancient passage remained hidden among the rocks of the Torrione. The search for the original route was a demanding job and the activity was then interrupted. The turning point came in 1983 when the project manager and the mountain guide Achille Montani found Garoni's anchorages on Monte Torrione. From that moment, thanks to the work of the CAI members, the marking of the streets and the installation of the chains began, which ended in 1984. Finally the Antica Via on the Verbano-Ossola ridges came back to life.
In 1987, only two years after the end of the work, someone cut the chains. The tenacity of the CAI members means that, after a new restoration work, the path becomes viable again.
In 1989 further works carried out by the Maioli Tiziano team and in the following years by the Valgrande Cooperative, on behalf of the local mountain communities and by the Val Grande National Park Authority, guarantee maintenance and marking for the safe travel of the Path.
The last safety intervention was carried out in May 2019, in the Piancavallone - Monte Zeda section by the Valgrande Cooperative on behalf of the Val Grande National Park Authority. New maintenance interventions are scheduled soon (2019/2020)

Originally the Bove Path extended from Monte Zeda to Bocchetta di Campo.
Since 1997, following the success of an event called "Another Pass", in conjunction with the hundred years of the Path and the refuge of Bocchetta di Campo, the itinerary that runs through the circumnavigation of the peaks of the Val Pogallo, starting and coming to Cicogna, regains the right reputation.

Today the Bove Trail is a path that can be completed in three to four days.
Since this is a ridge itinerary, it must be walked very carefully and possibly accompanied by an Alpine Guide.
The variability, in relation to the weather and the season, of the visibility and the conditions of the soil, make its use difficult and risky, also considering that, besides M. Zeda, the work of maintenance of the path and of signage restoration are not yet carried out.
The ridge Corone di Ghina-Cima Sasso is a variation of the Bove path, with grade F mountaineering difficulties in the CAI and T5 classification in the CAS classification. 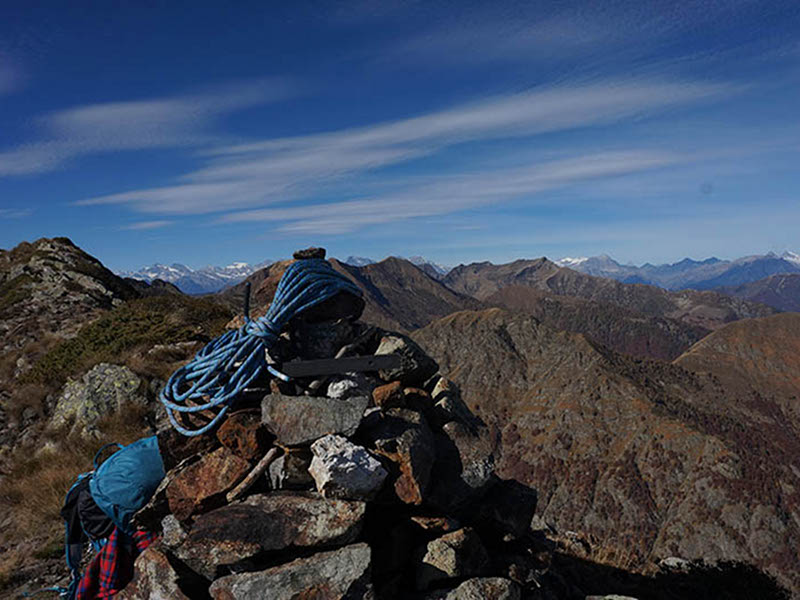 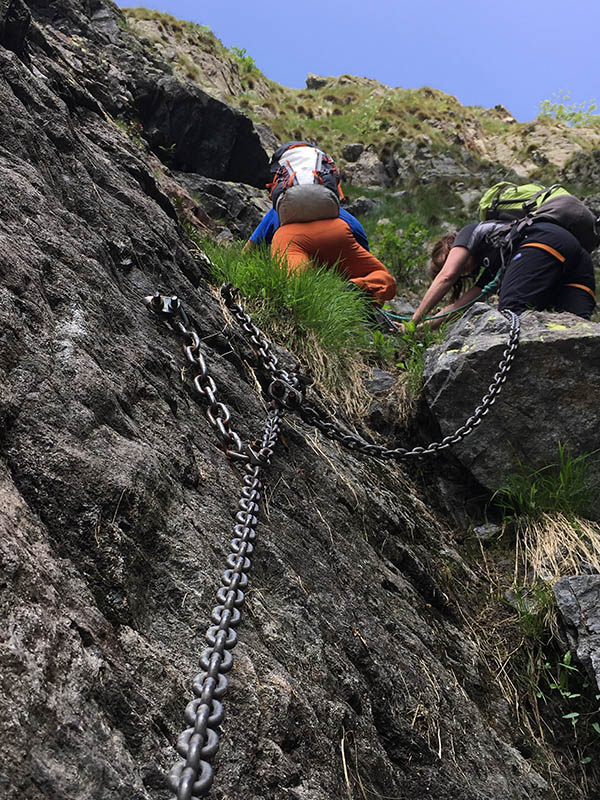